The Good Life, Good Death, Good Grief is a Scottish Alliance of organsations and individuals, aiming to promote understanding and information about end of life matters.  It aims to empower individuals and communities to support and engage with each other around the subject of death, it aims to put people in touch with each other for best practice, support, information and help.

Membership is free and is jolly well worth it.  Have a look and sign up on www.goodlifedeathgrief.org.uk

An account in three parts follows, of taking the A Graceful Death exhibition up to the annual event held in Edinburgh.  Make the tea, settle down, and read on.

The Good Life, Good Death, Good Grief partnership held their first annual event in the Budongo Room of the Chimp House in Edinburgh Zoo yesterday.  We had use of the Budongo Room and the Board Room, both of which had three solid walls and the fourth wall, pure reinforced glass.   Against this glass wall the chimps lounged, eating bananas, chatting and telling each other jokes.  From time to time they would chase each other around the very large enclosure, swinging from trees, calling each other rude names for the fun of it, and flinging themselves with their full force against the glass wall to see how many humans then had heart attacks.  They were the happiest most uncomplicated animals one could hope for against which to have a day of awareness raising about Life, Death and Dying.

I drove up to Edinburgh on Monday. Alan had hired a large Peugeot car for me, which was packed to bursting with the A Graceful Death exhibition, plus my overnight case and my teapot, teacosy, mug, and teabags.  Monday night was spent in a Travelodge near to the zoo, and Tuesday morning I arrived at 10am, as planned, and met the very wonderful Stuart Pryde, an old pal who was not only helping me set up, but putting me up for the night and as it happened, later helped to take down the entire show after it was over, and pack it away in my car.

But!  Apart from the extremely helpful Mike from OCD Hospitality we found that nothing was available, no one was there to help, nothing had been arranged and no one knew what the dickens to do with us. No one seemed to give two hoots and Stuart and I could not seem to find a way to actually set anything up because there were no surfaces on which to try to place the paintings, and that until the room was completely set up for the event, nothing whatever could be done. No one was there to set up, in fact, no one was there at all.  It was as if they had all gone on holiday, quickly, half an hour before we arrived, so as to be really unavailable.   And, the board room in which I was to set up more paintings, the film, the books, the prayer bowl and the Memory Books, was now hosting a meeting until 4.15, which gave us 15 minutes to set up as the zoo closed at 4.30.  No one had checked, no one had told me, no one had told each other, no one had bothered to talk to anyone else, about anything, and not one person except the helpful Mike had even turned up.  In fact, it was a normal day at the zoo with an artist, her pal and 48 paintings of dead and dying people up in the monkey room. I got cross at this point.  Have a banana, the chimps seemed to say, from the other side of the reinforced glass.  And then swing on this rope and splat into the glass wall.  Works for us.

Enter Derek Blues from the Good Life, Good Death, Good Grief organisation - www.goodlifedeathgrief.org.uk!  Like the cavalry, like a man who gets things done, like a godsend, Derek had the whole thing sorted within half an hour.  It was Derek who has organised the annual event, had set it up, had engaged the speakers and had delegated the setting up to the invisible crew.  Stuart, Derek and I set up the exhibition, and helped Mike who was now doing all the tables, chairs, banners, stands and so on, quite on his own.  And throughout this, the chimps continued to watch us through the glass wall, hanging upside down from their toes, chewing noisily on sticks and bits of fruit and veg, and looking amused.


The next morning, after the chimps had been counted to check that none would be joining us actually in the Budongo and Board Rooms, Derek and Mike and I finished the setting up, and lo!  By the time the delegates arrived, the rooms were as professional, as crisp and as welcoming as if we had spent the previous day with dedicated staff who had vied with each other to do more for us, and had cried if they felt we had not used them enough.  The paintings were set up on display boards, were attached to whatever was available, were blu tac-ed onto surfaces and were on the whole, very imaginatively set up to catch the eye and stimulate conversation.  I felt happy, excited to meet the people who were speaking, and very excited to meet the people who were attending.  It felt as if much would be said during the event to inspire, much said to challenge and a great deal of material for serious thought and consideration.  And I had my flouncy black and white skirt on, which always means business.  Let the day begin!  I said to the chimps, before a screen was pulled down over the window in the Budongo Room, so that we could no longer see each.  Power points could be projected instead.  In the Board Room, the window was left uncovered.  There was already a screen in there on which the A Graceful Death film was played on a loop.  Blimey, said the chimps in that enclosure, from the other side of the reinforced glass wall, that's interesting.  We won't chuck our dinner at the wall while that is playing, because we think if you only had 15 minutes to set it up, we ought to show some solidarity with you.  I didn't tell the chimps that thanks to Derek I had much more than 15 minutes to set up, I thanked them instead and tried to look like someone who needed strong chimp backing.

The people that started to arrive were greeted by the A Graceful Death exhibition, by Derek and people from the Good Life Death Grief Alliance, and made very welcome.  Time first to network, and mingle, and chat before we sat down at our tables, and were introduced to the work of the Alliance.  Around the room, on all spare wall and door space, were large pieces of paper on which were written "Before I die I would like to...", and lines below for us to write what we would like to do.  This is based on the extraordinary work of artist Candy Chang from New Orleans - watch her on this 6 minute TED talk,

and you will get the picture.  We took our pieces of chalk and milled around writing all sorts of things on the papers, reading each others and enjoying what we were all writing.  Our speakers that followed were Sally Paul from the Strathcarron Hospice, talking about death, dying and bereavement for children and young people.  Her work highlighted a real need for working with children and teenagers in schools and communities, and how adults were often unrealistically afraid that children wouldn't be able to cope with death.  Wrong, said Sally Paul, they want to talk about it, and her work has shown that it is a relief when they are encouraged and helped to do so.

The next speaker was Dr Gordon McLaren  who spoke on a public health approach to death, dying and bereavement in NHS Fife. I liked hearing of the community aspect of the work Dr McLaren was doing, he spoke of combining different local bodies and peoples to address the very real public health needs in the Fife area, around end of life issues.  The chimps got restless at this point and began to bash things behind the power point screen, in their enclosure.  We know you are in there, they seemed to be saying, and just to make sure you don't forget we are here and rule the place, we are going to bash each other with saucepan lids for a while.

Our final speaker was Dr Kate Granger, an practicing doctor and a terminally ill cancer patient.  And, too, a wife and in her own words, Just Kate.  Kate spoke of her diagnosis, of what time she has left, and how decided to stop her treatment that didn't agree with her, in order to go back to work and to accept her short life span.  Kate spoke very softly, and articulately.  I remember most her saying that she wanted so much to be here for her nephews and nieces, but knew that she wouldn't.  The funny thing is, that we were being addressed by a terminally ill doctor, who had travelled to Edinburgh by train, in lovely brown and white spotty dress and glorious complexion.  It brought home to me how little we know of the dying process, how until we die, we are alive, and that looks really can mislead.  I spoke to Kate afterwards in the Board Room, we sat for a small chat, and I saw a frail, strong, vulnerable, amazing, helpless and sad lady, facing something head on, that only she could see through.

After speeches, lunch, talking with people about the exhibition, discussions, chats and mingling, people moved off to spend the rest of the afternoon if they wanted, at the zoo.  Derek, Stuart and I took down the exhibition, carried it load by load all the way through the zoo to the car park, and packed it into the car.  The ever helpful Mike dismantled the tables with his crew, and the screen in the Budongo Room was lifted so that we and the chimps could be as one (sort of) again.

I am left now having met and talked to some extremely inspiring people.  I have seen how helpful it is to belong to an alliance such as the Good Life Death Grief alliance, if it works.  This one works.  The guests at the event were professionals, thinkers, practitioners, volunteers, members of religious groups and all of them, wanting to make a difference.  I enjoyed the speakers, I felt educated and challenged, I felt that I was part of a nationwide desire to deal with the end of life so that we can do it as best and as openly as possible.  I hope to speak to a good few of the people I met in Edinburgh again, and find a way to combine our ideas.

I left Edinburgh in my hired Peugeot car, into the rush hour traffic, feeling inspired and appreciated.  Destination Salford Manchester, to stay with priest Halyey Matthews, chaplain of Mediacity UK.  And there I will leave it.  I will say however, that despite arriving in Manchester very tired indeed, Hayley was so full of life and fun and inspiring talk, that we stayed up till 1am, and could have talked all night. And we had a fab dinner that included Maltesers for pudding. So actually, life is pretty damn good. 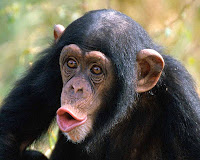